It’s time for the Formula 1 – PIRELLI 2018 United States Grand Prix (French for ‘Grand Prizes’ or ‘Great Prizes’), and the action is set to go down this year in Austin, Texas. The stage is set with the Lone Star state’s symbol of loyalty, purity, and bravery waving in perfect unison with our nation’s symbol of freedom, and it’s just a matter of time before qualified racers start their engines to compete for the win.

The U.S. Grand Prix is an event in motorsports that brings with it – a rush of excitement, the thrill of victory, and over-the-top media coverage from outlets around the globe. It’s a historic event that meshes tradition with precision handling – to feed the need for speed, only to leave us wanting more. The Circuit of The Americas (COTA) is the chosen venue for this year’s event, and without a doubt it’s one of the most popular in the world. The COTA is the first purpose-built F1 facility in the United States; designed for any class of racing (officially opened on October 21, 2012), by COTA ambassador and 1978 F1 world champion, Mario Andretti. The 20-turn, anti-clockwise track began it’s construction in January 2011, drawing inspiration from the best and fastest circuits around the world, as well as taking advantage of the site’s natural topography (to include dramatic elevation changes of up to 40 meters). The design of the circuit provides a sense of excitement for the fans, and a welcome thrill for racers behind the wheel, as well as one-of-a-kind photo opps for photographers and sports enthusiasts. In addition to the changes in altitude, COTA has a steep uphill run – that leads to a respected hairpin known as ‘Turn One’. Turn One, is the venue’s signature corner, due to its reputation for stirring the nerves and testing the skill of the circuit’s most elite racers.

By racing standards, the venue is lavish in construction and design. Grandstands, semi-permanent stands, and natural seating areas accommodate over 120,000 fans, which adds truth to the old adage… Everything is Bigger in Texas! Although the venue undoubtedly provides a spacious and speedy experience for drivers, ticket holders, and tourists, it doesn’t hurt to have mega-talent (of the musical variety) to pull the whole thing together. This year, COTA has two premier-headliners taking the stage to keep the entertainment aspect of the race moving full throttle. This year’s Grand Prix fans will be treated to the greatest racing experience on the planet; however, they’ll also have the good fortune to witness performances from two of the biggest names in music. Bruno Mars (27-time Grammy award nominee), will electrify the Circuit of The Americas on Saturday, with his entertainment-packed 24k Magic World Show. To see Bruno wow the audience at COTA, is a speedy show all on its own; seeing him cleverly dip, groove and toss 24k magic in the air, is something that fans won’t soon forget. Then, for Sunday’s post-concert showstopper, our lovely Pop Icon Britney Spears, will close out the weekend’s celebration, as only she can. With songs that are sure to put a stamp of approval on the overall experience, we’re sure Britney and Bruno are ready to take their mark and drive fans wild.

If this year’s event is set to go down without you being part of the COTA circuit, don’t worry, because ‘Formula 1’ has you covered. You can still catch events of the race by downloading the Formula 1 app (yes—there’s an app for that). C’mon, this is the pinnacle of motorsports! It’s a MUST SEE, and they are pulling out all the stops for it. It’s the event that carries too much tradition and excitement to pass up. And, so that you’re flag IQ is up to racing regulation, we’ve provided a video to keep you in the loop. There are too many flags, colors and combinations to name them all here in this forum, but after watching this video you’ll be up to speed (… see what we did with that one?). As the racers take their places, let’s pray. May the GPS marshioning systems work as designed. May the need for yellow and red flags be minimal. May the performances be bold. This is Formula 1, with an electrifying circuit, two mega-headliners and thousands of fans (the TZelement MAG included). So, it looks like we’re all set. After the Star Spangled Banner is sung, the announcer will make the call we’ve all been waiting at the edge of our seats to hear … RACERS, START YOUR ENGINES! [Well, in reality, the engines are already revved for peak performance, but it makes for great imagery—so let’s just go with it, and watch the most skilled driver win!] 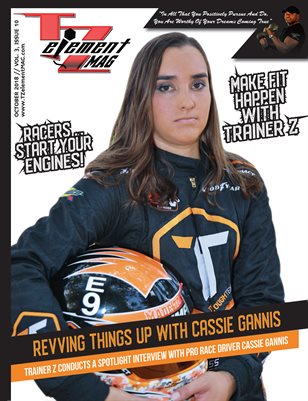 Terrible T and The Dogg Pound

The Stylistics and Terrible T